Living in Harmony with Nature

Cold winter morning. A group of people with hoes moves across the mountain passes. These are Andean peasants who, during the month of yapakis (in Quechua language), which coincides with our August, begin the period of preparation for sowing. In the southern hemisphere it is winter, which is strongly felt on the mountain by the dry and sharp wind that chills to the bone. Wrapping up his poncho of bright red alpaca wool, with patterns of chakana[1], walks another man leading a group of farmers. Instead of a hoe, he carries a small bundle in his hands, woven from the finest wool with snake patterns – a symbol of the underworld.

They have come to the fields covered with hoarfrost and there they stand in a circle. The shaman spreads his bundle on the ground and begins to take out one gift after another from it. Having lit a fire, the gathered people begin with prayers addressed to Pachamama – the goddess of the earth. They have brought her coca leaves, as well as potatoes and corn. They have begged her to forgive them for disturbing her kingdom and to allow them to plant their crops in it, and to grant them fertility for them. With the songs of the assembled, the sun rises with the smoke of the offerings burning on the ritual fire.

In the Andean world, it was unthinkable that any work involving the exploitation or changing the shape of the land, such as planting, construction, mining, etc., would be started without prior permission obtained from the goddess of the land – Pachamama, Mother Nature. Nature was viewed as an entity unto itself whose good will and fertility enabled life on its surface – earthly life. The relationship to nature was one of coexistence and respect.

This understanding of the environment is deeply rooted in Andean spirituality. According to her teachings, the earthly world is a kind of synthesis in the dialectical play of the heavens, which provide energy, and the earth, which provides fertility. Contrary to the all-Slavic proverb, the Earth is hard and the sky is high, for the Andean man, both the sky and the earth are all around him – they are accessible to him, they give him energy and fertility, there is no intermediary between them. But that is why there is respect and deep appreciation for this complex and subtle interdependence. Although both mining and agriculture have always been known in the Andean world, they have always been used responsibly, sustainably and always with the sought-after approval of divine nature. That is, with the awareness that they are borrowing resources, not owning them.

With the arrival of the Spanish in America, this whole world roughly disappears. With the invaders comes the greedy European exploitation of all resources. The objectification of nature and people created the basis for the brutal robbery that continues today, which some call the accumulation of capital. The land was forcibly taken from the indigenous population, which the colonisers began to exploit cruelly. The natives were driven into the mines to dig in the bowels of the Earth for the occupiers and die quickly and in large numbers from disease, slave labour and unbearable living conditions. The cultures of the indigenous peoples were suppressed, and their spiritualities and worldviews were forcibly erased and buried with layers of imposed Christianity.

The cruelty of this attitude towards nature and people did not stop only at the enslaved parts of the world. Excessive exploitation of everything has become the modus operandi of the entire globalised civilisation. The colonial superpowers imposed this worldview even on peoples that they did not directly subjugate, but that had to adapt to it in order to survive in the dominant model of development. This picture of the world and its order seems dark indeed. Proof that there is no exaggeration here are the already visible climate changes that are creating huge social, economic and political crises around the world. Resources are irretrievably disappearing, the quality of land, water and air is degrading, the oceans are growing and threatening the disappearance of entire nations (Mettler 2022), and the columns of “economic migrants” are getting longer all over the world. 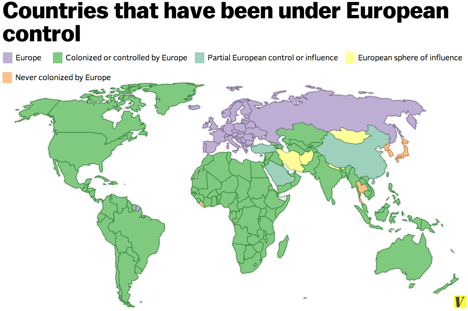 Sumak kawsay – a glimmer of hope

However, there is one glimmer of light. Hope appeared exactly where it was most suppressed – in South America. With the process of decolonisation, and the waves of democratisation carried by the 20th century, indigenous movements are becoming louder. They are increasingly demanding their rights – to the land, to the use of their language, to their cultural autonomy, and the right to live in accordance with their traditional worldviews.

Indigenous movements, in cooperation with leftist forces, began over time to modify progressive ideas, adapting them to their experience and enriching political theory and practice with new concepts. Among them, one of the most significant is the term sumak kawsay. In the Quechua language, sumac refers to the ideal and beautiful fulfilment of the planet, and kawsay means life. A concept that represents life with dignity, fulfilment, balance and harmony. In Spanish, it is often translated as buen vivir – that is, good living.

Since the 1990s, sumak kawsay has grown into a political project aimed at achieving collective well-being, social responsibility in the relationship of people to nature, and stopping the endless accumulation of capital. Thus defined, this approach offers an alternative to traditional development. Buen vivir proposes the collective realisation of a harmonious and balanced life based on ethical values, instead of a development model that views human beings as an economic resource.

In Ecuador and Bolivia, indigenous activists along with intellectuals initially used this concept to define an alternative paradigm to capitalist development with cosmological, holistic and political dimensions. The 2008 Constitution of Ecuador included the concept of the right to nature, as did the 2009 Constitution of Bolivia, and these are the first national legal acts to protect the rights of nature in the world.

Bolivian law defines Mother Nature as “a dynamic life system formed by an indivisible community of all life systems and living beings that are interconnected, interdependent and complementary, and that share a common destiny”, adding that Mother Nature is considered sacred in the worldview of the indigenous people (Vidal 2011).

In this view, human beings and their communities are considered part of the Mother Earth, integrating into life systems defined as complex and dynamic communities of plants, animals, microorganisms and other beings from their environment, in which human communities and the rest of nature act as a functional whole, under the influence of climatic, physiographic and geological factors, as well as the production practices and cultural diversity of the Bolivian of both sexes, and the worldview of the indigenous people, the intercultural community and the Afro-Bolivian. This definition can be seen as a more inclusive definition of ecosystem because it explicitly includes the social, cultural and economic dimensions of human communities.

The law also establishes the legal character of Mother Nature as “a collective object of public interest” in order to ensure the realisation and protection of her rights. By giving legal personality to Mother Nature, she can initiate proceedings for the defense of her rights through her representatives (people). Therefore, to say that Mother Nature is in the public interest represents a major shift from an anthropocentric perspective to a perspective based on the larger Earth community.

The chain of respect is not broken

The struggle for decolonisation is not only a struggle for the liberation of the land, but also for the liberation of consciousness. The abolition of export policies and practices must be accompanied by the abolition of exploitative and consumerist ways of thinking that objectify the living environment, nature, resources, and even the people themselves. Through this process, the need for (re)legalising the traditional practices and worldviews of the indigenous population, which has been living in harmony with nature for millennia, crystallised. These acts represent a novelty in modern legislation, and it remains to be seen what effects they will produce in practice. They are, for now, limited only to the Andean cultural circle. However, there is no doubt that with the intensification of the crises caused by climate change, there will be many more such “people’s initiatives” around the world. Our hopes are that precisely climate change can call into question the anthropocentric approach and bring to the world stage knowledge and experiences that have been developed for thousands of years, and which neither centuries of colonialism nor globalism have destroyed.

An example of such tenacity and determination are precisely the descendants of the American indigenous peoples. In addition to infectious diseases, exploitation and the systematic erasure of their culture, about 50 million people belonging to indigenous peoples live in Latin America today (de Dios 2020). Andean peoples survived thanks to Pachamama. Pachamama will survive thanks to the Andean peoples. The chain of respect is not broken.

[1] Chakana (in Quechua language) is the oldest symbol of the Andean civilisation. In the form of a stepped cross with a hole in the middle, according to numerous interpretations, it signifies the cosmological and ontological essence of Andean philosophy (author’s comment).

The article was created as part of the DIVAN Hub project, which is implemented by three organisations: Art Aparat, the Belgrade Centre for Human Rights and Philopolitics. Divan Hub is part of the international network of hubs of the VAHA programme and was founded with the desire to bring together all those who work for social change through art, education and community work. The Hub provides a space for individuals and organisations to express themselves, learn and connect with others, in order to create new working methods, new approaches and thus change the communities in which they live. So far, several activities such as panel discussions, workshops, round tables and consultative meetings have been carried out within DIVAN Hub. The VAHA programme is an initiative of Anadolu Kültür and MitOst.