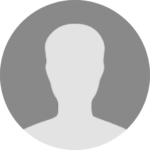 Aleksandar Stojaković (1986), Philologist and director. Studied at the Faculty of Philology at the Department of General Literature and Literary Theory. Attended the film directing school of the Academic Film Center.

Aleksandar was a member of the editorial board of “QT Magazine”, a journal for queer theory in culture. 2015-2019 was the president of the Center for Queer Studies. In 2014 – coordinated the research “Pride Parade and LGBT Communities” and editor of the publication “Pride Parade and LGBT Population”. 2015-2016 – coordinator and research associate on the research “Homophobia and internalized homophobia in Serbia, qualitative research”. 2017-2019 – member of the Alliance of Antifascists of Serbia. Since 2019, a member of the Center for Applied History. He is the author of the documentary “Life without a Mask” (2016) and a couple of short films. He has been writing prose since 2005.